স্থানীয় সংবাদ মাধ্যমের সূত্র থেকে আশা করা হচ্ছে ১০ ডিসেম্বর থেকে গৃহকর্মীদের ফেরত আনা শুরু হবে। phased return of domestics starts from 10th DecDuring an extraordinary meeting held Thursday, the Council of Ministers launched the first phase for the domestic workers who are stranded overseas to return to the country – estimated to be 80,000 workers – including about 10,000 holding valid residence permits.The Minister of Health, Sheikh Dr Bassel Al- Sabah has instructed the concerned authorities to complete the legal aspects and detailed procedures necessary to implement the plan for the return of the domestic workers. The sources confirmed that the first return trips are expected to be on December 10.The source ruled out the return of all domestic workers to Kuwait, where about 60-70% of that employment is expected to return, if we assume that many do not want to return or join any work in other countries. Regarding the prices of the package, the source said that the matter is still under research and study.According to a statement issued by the Council of Ministers at the conclusion of the meeting, the President of the Directorate-General of Civil Aviation (DGCA) Sheikh Salman Al-Hamoud Al- Sabah gave details of the procedures for the return of these workers from abroad under the mandatory quarantine system for a period of two weeks.He pointed out the plan is divided into two parts – the first is the technical aspect related to travel and the procedures. The sponsors via the eplatform enter the data and request the return of the domestic worker from abroad and makes all preparations until the worker exits the terminal building at Kuwait International Airport.The second part, relates to the financial matters related to the quarantine procedures and the necessary services after the worker’s departure from the international airport and his/her transfer to the quarantine and all logistical services for transportation, food, the provision of housing and the required medical examinations.For his part, Assistant Undersecretary for Immigration and Residence Affairs at the Ministry of Interior, Major-General Anwar Al-Barjas, said: “There is an organized plan for the return of domestic workers who hold valid residence permits only.”In a statement to the daily, Al-Barjas explained that the return plan begins on priority basis in the following order: Indians, followed by the Filipinos, and then the rest of the nationalities. He indicated the return begins with an online reservation, where the name of the worker, his/her data, and the name of the sponsor are recorded, and then with the DGCA in coordination with one of the handling companies inside the airport to facilitate its entry and transfer to quarantine (for two weeks) after the sponsor pays all the financial dues, and upon the expiration of the quarantine period, the concerned agencies will communicate with the sponsor to receive the worker.Al-Barjas pointed out the second next phase includes new requests for bringing domestic workers and it will start as soon as the first phase endssources arabtimes 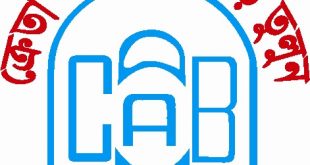