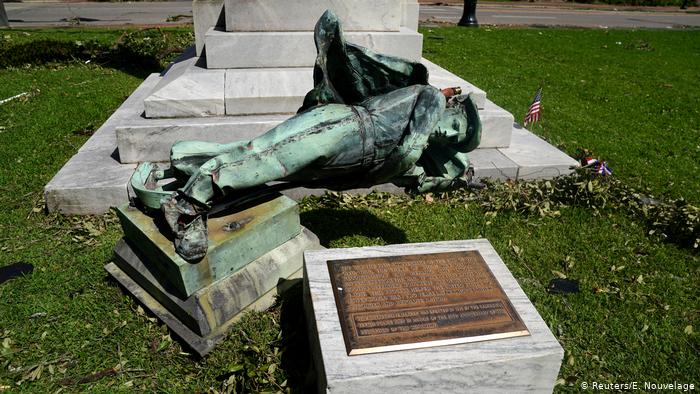 At least 14 people in the US have died after Hurricane Laura swept through the country’s southern states. Over half of the victims died of carbon monoxide poisoning caused by power generators.

The US death toll from Hurricane Laura climbed to at least 14 on Friday, after the stage 4 hurricane swept through the south of the country.

Five of the deaths were due to carbon monoxide poisoning caused by using portable generators indoors. Four people were killed by falling trees. One man drowned after his boat sank in the storm.

Read more: Could flooding be a cure for rising seas?

Authorities in Texas reported four deaths. Three of the four fatalities were also due to carbon monoxide poisoning. Those killed were reportedly homeless individuals who had sought shelter in a pool hall, where they turned their generator on, the pool hall operator announced.

The fourth death was a man in East Texas who reportedly died when a tree fell on his mobile home.

US President Donald Trump plans to visit Texas and Louisiana on Saturday to view the damage.

Hurricane Laura hit the US coast in the Gulf of Mexico on Thursday evening.  With winds blowing up to 240 kilometers (150 miles) per hour, the storm made landfall as a high-end Category 4 storm, just 11 kilometers (7 miles) per hour below the threshold for Category 5, the highest classification a hurricane can have.

Laura was the strongest hurricane to hit Louisiana in more than 150 years.

It has since been downgraded to a tropical storm.

The storm had moved up through the Gulf of Mexico from the Caribbean. Fatalities in Haiti have since risen to 31, the country’s civil defense authority said.

In Louisiana, the Department of Health estimated that over 220,000 people there are without water and that victims may go weeks or months before services are restored.

Forty nursing homes were reportedly relying on generators, and authorities were determining whether it was safe for over 860 residents in 11 facilities that had been evacuated to return.

No Result
View All Result